Most people get cell phones to use in the event of an emergency, at least initially, according to a Consumer Reports survey. Cell phones can cost $20 to $100 a month, depending on the type of phone and the number of minutes you buy.

But once teens have cell phones, they often use them for things other than emergencies. Should schools ban cell phones? Several staff members of L.A. Youth spoke out on the topic. 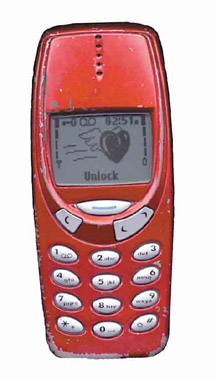 To ban cellular phones because they can be used for fun is ridiculous. Yes, kids will use them to call friends. But parents and school administrators, wouldn’t you like your kids to have sure access to a phone if somebody is shooting up the school? It is true that some people think a cell phone is a fashion accessory. Others act like Cher from Clueless as they chat on the phone in the halls. Let them. The cellular phone has many functions. If you are allowed to have it on your person, you never have to worry that you will get stranded or that you won’t be able to call for help in the event of a terrorist attack.

Schools used to ban cell phones because they said they were disruptive to the school environment. In keeping with recent events, the policy should be amended to say, ‘Cell phones must be turned off in class.’
—Alexandra Toumanoff, 17, University High School

I think cell phones are essential in an emergency. I would feel much safer with a cell phone than without. It wasn’t until I started driving that I realized how badly I needed a phone. I need it for when I get lost, get a flat tire or am going to be late. I also need it for when I need to touch base with my parents.
—Samia Temsah, 18, Verdugo Hills HS

Cell phones are important for emergencies, yet how many REAL emergencies are there? Name all the life-threatening times when you needed a cell phone. Since everyone around us has cell phones, we can just use someone else’s if we really need to.

I also think wireless companies seem like they have a monopoly, and some people just get cell phones because they think it gives them status. I really hate it when someone goes out for a meal with someone else, and they take a cell phone call in the middle of the meal, ignoring the person they are really out with.
—Ann Beisch, 15, Marymount HS

My father was attacked when he was making a phone call on a public phone and ever since he has had a cell phone. My mom has one in case she gets lost or gets in an accident. Overall, cell phones have many advantages at low costs. It’s safer and makes life easier. Worried parents can have instant contact in case of an emergency.
—Diana Park, 16, La Canada HS

I just use my cell phone to order pizza. It really has no other purpose. I can order pizza from anywhere.
—Berley Kerr, 18, Cal State L.A.