Last year I went to the Los Angeles County Museum of Art to see an exhibit of ancient Roman art. I like Roman art because the marble statues are elegant and they’re all handcrafted. The gown carved on the Aphrodite statue looked wavy and silky, as if it was fabric put on top of her. I wondered how they cut it so perfectly. How long did it take to make the statue? How many people were needed? Seeing something so old right in front of me, I was art struck!

Before high school I wasn’t into art. I thought museums were boring. The art looked nice but I never understood it. In eighth grade we went to the Getty museum. There was a really strange painting in this French exhibit. It was of women in a garden at some tea party. They were wearing big hats and those dresses that puff out. I thought, “Why did people wear that? Why were the dresses so huge?” I didn’t have fun until we left for lunch.

But in ninth grade I took a photography class. I really liked being in the darkroom printing photos so I signed up for AP photo in 10th grade. We learned about artwork and went on several field trips to museums. 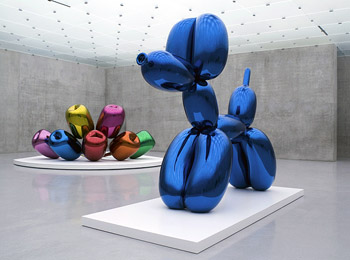 How was this art?

We went on a class trip to the Museum of Contemporary Art (MOCA). The teacher had us look at a piece of art that was just a framed ticket. It looked like an old train ticket. It had numbers on it. My classmates said, “What’s so great about this?” and “I could have made this myself.” After the class, I questioned it a lot. I wanted to know more about what the artist was thinking when he or she produced it. Why was this ticket an art piece to them? Where’d the ticket come from? What did they think was so special about it that people could relate to? When people say, “I could make that myself” my response is, “Why didn’t you think of it first?”

After that, I liked looking at art. I’d take time looking at each piece, thinking more about it. If I really like it, I’ll look at it for a minute or two, like when I saw Andy Warhol’s Kellogg’s Corn Flakes Boxes at LACMA. I liked the way the oversized  boxes were stacked and the whole time I was thinking, “Why would he have it stacked like that?” There are a lot of things that Americans consume and are just as well known, so why Corn Flakes? I realized it wasn’t the actual product. People don’t consume boxes, they consume the food in them. Why was he depicting just the box and not the food in it?

In AP art history in 11th grade, I learned not to be so literal when I look at an art piece. Our teacher showed us an image of this ugly stone doll called Venus of Willendorf. It had a disproportioned body with small arms and a huge torso and her legs looked like two hot dog buns. It was really weird. At first I thought, “Was this what a woman’s body looked like back then?” Then she showed us an art piece with an evil lady with snakes in her head and a narrow waist. We had to compare them. I realized it was the artists’ own interpretations of the woman’s anatomy.

After that when I saw art, I tried to figure out what the artist was saying and then came up with my own opinion. There’s no right or wrong answer. That made it more fun. In 11th grade we went on a field trip to LACMA. There was a huge balloon dog sculpture by Jeff Koons. It brought back childhood memories of when I had clowns make a dog or a sword for me at birthday parties and carnivals. I think his intention was to get people to think about their childhoods. 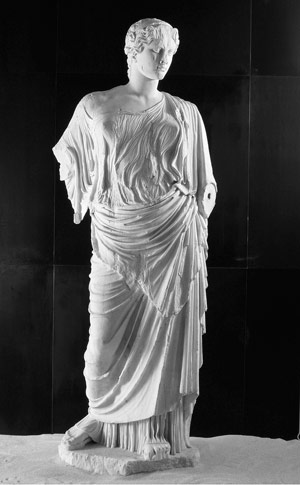 The older pieces tell me something about their time

I like going to museums. It’s neat to see artwork from different countries and artists. It’s cool to look at the old stuff. There must have been a reason why it was preserved, even though it’s hundreds of years old. People wanted to save it because it was important for that period of time.

Art museums aren’t just sculptures or paintings. One of my favorite exhibits was the Vanity Fair covers at LACMA. Vanity Fair is a prestigious magazine and it has the best photographers. I liked the exhibit because they had covers from when the magazine started until now so I saw how they’d changed. The first issues were 10 cents and the recent ones are $4. In the 50s the photos were natural but all the new ones are retouched to fit the idea of perfection. I realized that society has evolved with modern technology. You don’t see any natural photographs now.

Museums are pretty cheap for students (just $5 at MOCA) and there are free days too. Hopefully you’ll want to go to an art museum and get something out of it like I did, which is a different way of looking at life.