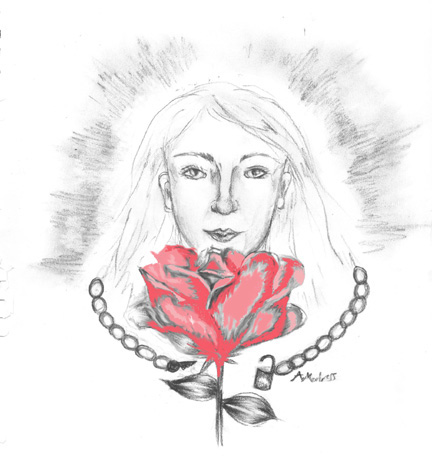 I was 12 when my mom and dad pulled me into my dad’s office and told me they were sending me to a school in Utah—a high-security, lockdown therapeutic center for troubled kids. My parents told me my behavior was dangerous and they thought the school would change me for the better.

Since age 9, I had done things like steal, chase family members through the house with a knife, set my stuff on fire and get into fights. But I was honestly shocked when my parents told me I was going to Utah, because I hadn’t realized my behavior was wrong. The students at my past schools, for kids with behavioral problems, were just like me. My school and therapist’s office was basically my only world. All that came to my mind was that I was normal, that I didn’t need help, and even if I did by their say-so, how would I change? How long would it take? I had already been in two group homes, which are places where a group of kids live together away from their parents, get therapy and figure out how to make themselves better so they can move back home. I knew this was my last chance.

On the flight to Utah, I felt scared and sad. I couldn’t imagine not being near relatives or friends. Who would I talk to? Did my parents still love me, or were they trying to get rid of me? How would I ever get back home and when?

I didn’t want to get off the plane when it landed. But my mom was behind me making sure I did. There were two female escorts waiting for us at the gate. I thought this was weird because you don’t normally see escorts taking people out of the airport unless someone is arrested. I thought this must be a really strict school. During the van ride to the school, the escorts barely spoke to me or my mom.

Everyone was staring at me as I was led through the school on a tour. The inside of the building looked so different from the waiting room. There was metal on the walls. I felt like I was in a mental hospital all over again. When I was 9 or 10, I was in a mental hospital for a week for an evaluation. It felt like they were assuming I was crazy by putting me in this place.

What was this place all about?

I entered a small room with three staff sitting around me. I was ordered to strip naked, squat and cough. They also made me take down my ponytail and shake my clothing. I felt uncomfortable. I looked at them like they were crazy. I thought, "What is going on? I haven’t done anything wrong!" The staff told me later that they did that to make sure I hadn’t hidden drugs or weapons.

I was then given hospital shoes, pink sweatpants and a faded yellow shirt. They didn’t give my possessions back for almost a week. They confiscated things from everyone, like jewelry, makeup, razors, bandannas, and anything related to gangs, sex or drugs.

I was given a packet of rules to learn, such as if you don’t make your bed properly or if you make a mistake in a chore, you get reprimanded and your chore doesn’t get accepted as "clean, neat, and orderly." Staff took me to a small bedroom and said I’d be sharing it with two other girls until I learned the rules. This area, or "unit," was called "orientation." I wondered, "What if they don’t like me? What if I have a problem with one of them?" At the end of the day, I just wanted to go to bed.

By the third day I was still confused because I hadn’t been told much. I was completely worn out. I didn’t want to do anything but stay in bed. I didn’t know exactly how I was supposed to feel with all these changes. I felt nothing and everything all at once. Was I supposed to feel happy that my life might actually be turned around? Guilty because I was finally starting to understand why I was sent here? Sad or stressed? I didn’t know. Since I was so confused, I tried to isolate myself from others, but they wouldn’t allow it. There was hardly any free time. We had a schedule to follow and you always had to be in view of the staff.

After the staff explained how the school worked and what determines when you move home, I realized that I wasn’t going home for a while because the more problems people had, the longer it took to leave. The staff told me I would have to work on myself and said I probably would be there for about 11 months.

Therapists have labeled me "out of control" and "emotionally disturbed." I didn’t know it at the time, but before I left I would have to look back at what I had done that got me here.

Before coming to Utah, I had started fires, locked family members in rooms, stole, lied, had sexual relationships with boys, ran away, got into fights, was abusive toward people and tried to commit suicide a couple times.

When I was 9, I found out I was adopted. My biological mother was a prostitute and drug addict. When she was pregnant with me, she continued to do drugs. So when I was born, I had a chemical imbalance in my brain.

I also did these things because I felt misunderstood. I felt no one listened to me because I was always wrong and they were always right. If only they could let me explain that usually when I did something, I didn’t know it was wrong. But they were always angry with me and blamed me. Because of this, I was always in a bad mood. I didn’t say anything because it was too frustrating not being understood. Since I couldn’t talk about what was going on, I expressed myself by acting out or harming myself because I couldn’t take my anger out on them.

I was at the school for a few weeks before I met my new therapist. Right away I didn’t like her. During our first session, I sat in her office ready to pour out my emotions and thoughts, hoping for useful feedback, but instead she interrupted me when I was about to say something. She said, "Let me say a bit about myself so you can know things about me and figure out what you want to say." I just wanted to say a couple of things to someone who’d listen. Whenever I tried to tell her about situations I was frustrated with, she said I was complaining or being defiant. She always disagreed with what I said.

They were so strict

I was still getting into fights and stealing things because I was jealous that others had something cool that I didn’t, like chapstick or perfume. It seemed too hard to change. I had started stealing when I was younger because I thought that if I asked for something, I wouldn’t get it. Eventually it became such a habit that I stole compulsively when I saw things I liked.

When I got in trouble in Utah, I got sent to a disciplinary unit called "investment." The schedule was even more strict than the regular unit. We woke up at 6 a.m. and did chores. After school we sat at long tables. We had to have excellent posture. This required feet to be flat on the floor, legs together and backs straight against the chair. You were allowed only two pencils, a sheet of paper and one textbook. All of us hated it! It got extremely boring. But even worse, it was just so hard because at the end of the day our backs felt like crumbling, our knees wouldn’t work and our necks felt stiff. Everything they did at this school was always excessive. In investment, you couldn’t even shave in the bathroom. You had to shave in the hallway on a towel in front of staff, with a mechanical razor.

My last birthday at the school, when I turned 15, was my worst ever. They didn’t go easy on me because it was my birthday. I got into trouble for stealing chapstick the night before and got sent to investment. The next day, I was given a frozen cake and no gifts. Nobody said happy birthday to me. It seemed like everyone forgot about me.

I really hated the school because the staff made us feel like crap. They made it so hard that a lot of us just stopped caring. People were so judgmental and degrading. So I gave up and didn’t try. I just wanted to take the easy way out.

But after I had been in Utah for about two years, my therapist went on maternity leave. I’m not sure why, but the therapist I had while my regular therapist was gone gave her a positive report on me. When my old therapist returned after having her baby, she told me she was proud of me. I couldn’t imagine I was talking to the same person.

Not too long after, my therapist brought in her little girl and I understood why she had changed. It was the way she treated her. When her child was crying she would be very gentle. She seemed like a softer person.

Then I was convinced that she actually wanted me to talk to her without filtering what I wanted to say. I was finally comfortable talking to her. I opened up to her. It felt good to finally have someone to talk to knowing I’d get good feedback. It didn’t sound like I was being told things. It was a conversation. I no longer hated her.

I made a break-through

But one night I messed up by yelling loudly at staff, which kept my friends up all night. I got sent to investment again. When I got off investment, my friends told me they were disappointed because they knew I could behave better. They told me they thought I didn’t care about anyone but myself. Just to show me what I did to them, they stopped talking to me. It felt horrible. After a few days, I ended up feeling guilty and apologized. I realized they were right. Actions do mean something and people who make the wrong decisions hurt a lot of people who care about them.

I learned how to be a good friend the hard way. My friends had to push me away from them so I could realize what I was missing and what they went through when I messed up. I started to feel bad knowing I wasn’t a good friend and I realized I did need an attitude change. I saw it in myself. I finally realized I had an effect on people.

I left the school a few months later. My therapist wound up teaching me some valuable lessons. I learned how to control my feelings more, and that if I wanted to go anywhere in life, I needed to accept responsibility for what I did. I also learned I should be thankful that I have a family because I didn’t have one there.

I’ve spent a lot of time ruining my family’s life. Looking back, I wish I had a rewind button. At first I didn’t want to change because I was more comfortable in the behavior I was used to. But now I see things better. I’m thankful my family gave me the chance to change.